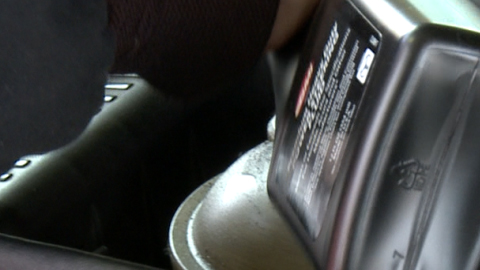 Brake fluid is one of those critical maintenance items that's easy for Flesherton car owners to miss. For one, it doesn't have to be replaced that often and when it should it's usually not as well-defined as, say, an oil change. Brake fluid does become contaminated over time, however, and needs to be replaced before damage is done.

Two of the most common contaminates in brake fluid are water and copper. Brake fluid is hydroscopic - meaning it attracts moisture. Over several years it can actually build up a fair amount of water. Too much water in the brake fluid typically causes a couple of problems.

First, water can react with brake system components and cause rust corrosion which can lead to leaks.

Second, the water could boil. Out by the calipers, brake components can get very hot. Water in the brake lines in that area can turn to steam which doesn't compress like brake fluid. That can really cut down stopping power.

It may seem strange to talk about testing for copper in brake fluid. What Flesherton drivers may not know is that the steel brake lines (hoses), are actually lined with copper. The copper restricts the brake lines from rusting due to the water that collects in the fluid.

As brake fluid heats and cools, some of the copper lining ionizes and flows around in the fluid. This can lead to two potential problems. First, if enough copper comes off the lining, the steel in the lines is unprotected and can corrode. Second, the copper ions floating around are "looking" for some metal to bond with. This leads to copper plating in some sensitive areas like the anti-lock brake module which can hurt its function.

Ask your Bernard's Quality Cars technician if it's time to test your brake fluid and survey your brake system. We can make sure your brakes are up to their essential job. 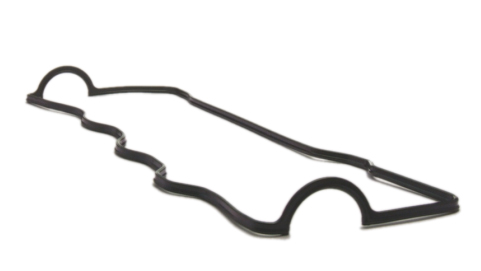 Here are some examples of what can happen:

Engine overheating is the prevailing cause of head gasket damage. This could be due to a coolant leak, stuck thermostat, or a failed fan. Ignition timing issues in the engine can cause head gasket failure. Also a coolant pH level that is either too high or too low can cause severe damage not only to the head gasket, but to the radiator and other components as well.

If your engine is overheating, you see coolant on the driveway, or if you have any of the symptoms described above, bring your vehicle in to Bernard's Quality Cars for an automotive analysis. We'll test the coolant for both the proper protection setting (coolant/water mix) and the proper pH level. Our adept Bernard's Quality Cars technicians can diagnose the cause of your issue and make the needed adjustments. Give us a call. 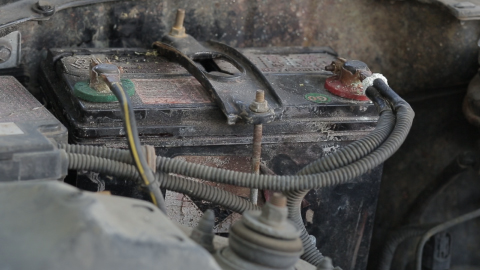 Automotive batteries are pretty costly for most Flesherton auto owners and at one point or another they all need to be replaced. Don't worry however - there are some things you can do to lengthen your battery life.

Here's some background for the Flesherton drivers who are scientifically inclined: there is a chemical process that takes place within the battery that allows it to be charged, store electricity, and to discharge (or give off), electricity.

The problem ensues when the battery stays in this partially discharged state for too long. Those crystals start to harden on the lead plate. Once this happens, the portion of the lead plate covered by the hardened crystals never again has the power to help store electricity. So over time, overall battery capacity recedes until the battery can no longer hold a charge and must be replaced.

That stated, bringing your battery up to a full charge at least once a month during warm ON months will help safeguard its ability to hold a charge because the crystals don't get a chance to harden. A frequency of one time every three months is good during the cold months, because the chemical reaction slows down in lower Flesherton temperatures.

Here's an authentic example: I recently purchased a computer controlled battery charger at my local Flesherton NAPA Auto Parts store. It analyses the battery, gives a readout of the percent of charge, and then charges the battery. I replaced the battery in my vehicle a couple of months ago so it is still very new. In the previous two weeks, I had just commuted a few miles to work in Flesherton and run errands. I connected my new charger and the analysis came back that I had a 51% charge. Later that day, I had an extended freeway trip planned, so I unhooked the charger because I wanted to see how much the 130 miles at 70 mph would recharge the battery. The trip was 65 miles out and 65 miles back. I stopped at a store on the way home so there was a starting event.

I attached the charger when I got to my home in Flesherton, expecting that the battery would be nearly recharged by the alternator on the long journey. The reading came back at 57% charged. So I left the charger on to bring the battery up to a full charge to preserve those lead sulfate crystals from hardening and damaging my battery.

Now, left on their own, 70% of batteries will expire within 48 months. A scheduled charging routine will extend your battery life. We can test your battery and tell you how much life it has left. And when it is time to replace your battery, come to Bernard's Quality Cars and we'll help you get the one that is appropriate for your automobile, your climate, and driving needs.

Give us a call There are a lot of misconceptions among Flesherton car owners about fuel grades - and by fuel grades I mean the octane rating. With names like "Standard", "Super", "Plus", and "Premium" it's no wonder that Flesherton auto owners associate the octane rating/grade with quality. Octane ratings are expressed as a number that typically ranges from 87 to 91 at the pump. The number does not mean "better" but rather signifies the appropriateness of a particular grade of fuel for a particular engine.

Octane is a measure of gasoline's ability to resist igniting before the spark plug goes off. Gasoline and air are compressed in the engine's combustion chamber. When the pressure reaches a certain point, the gas will spontaneously combust. You don't want that to happen; you want the spark plug to ignite the fuel at precisely the right time. When the gas combusts prematurely, the piston will try to go down while it is still being pushed up by the crank shaft and you will hear a pinging or knocking sound. That sound is metal stuff banging into other metal stuff when it's not supposed to. As you can imagine, this can lead to expensive damage.

Now, just because the octane number doesn't measure quality, that doesn't mean there isn't a quality difference in gasoline. The government mandates that all gas have a minimum level of detergent added to keep the engine and critical fuel system and emission components clean and operating efficiently over the long haul. Top tier gasoline in Flesherton will have many times the minimum level of detergent. To give you an idea of how essential that is, all U.S. automakers use top tier gasoline in their government mandated 100,000 mile durability tests. Good quality fuel is critical to long life of engine components.

No matter what kind of gasoline Flesherton motorists use, there will be some carbon build up on valves, pistons, fuel injectors, etc. This is especially prevalent on the intake valves of the GDI (gasoline direct injection) engines that are found in more and more vehicles because the gas is injected directly into the combustion chamber and the detergents in the fuel do not wash over the intake valves. A professional fuel system cleaning at Bernard's Quality Cars in Flesherton is required to clean and restore the efficiency of your fuel system and to keep your fuel economy up.

Give us a call